As some of you may know, there are several members of our community who are deeply involved with ManiaPlanet, who have worked long and hard as both advocates of our games and for the people who play them.

That’s why, starting today, we’re going to begin highlighting some of the most dedicated community websites and members, all of which have been helping to promote ManiaPlanet and our players for years.

We’ll be starting with ManiaActu and Jonthekiller, who was kind enough to answer some questions about himself and his site.

END_OF_DOCUMENT_TOKEN_TO_BE_REPLACED

We have some exciting news to announce – for one week only, get some of your favorite ManiaPlanet titles on sale on uPlay and our store!

From today until August 18th, you can get TrackMania² Canyon, TrackMania² Stadium and ShootMania Storm at 50%. You will have until 11:59 PM [CEST for UK/Europe, PDT for North America] to take advantage of this offer.

Remember that you can also use the keys on Steam!

So head to uPlay or our store to enjoy this limited offer!

Have fun and see you ingame!

Interested in featuring TrackMania² at your local LAN competition? Want to hold an online tournament for Shootmania Storm?  Know of any other kind of event where you’d like to see ManiaPlanet featured? We’d love to help! Nadeo and Ubisoft are looking to help support community and local gaming events, whether it’s simply by spreading the word, sponsoring a booth or exhibit, or providing some awesome ManiaPlanet prizing such as:

We are happy to help support events of all sizes, in both North America and Europe. Please note that the availability of prizing and promotional material may be dependent on the size and time frame of the event.

Alongside the release of TrackMania² Valley, we are happy to announce that the Steam Workshop is also available for all the ManiaPlanet titles (TrackMania² Canyon / Stadium / Valley and ShootMania Storm).

END_OF_DOCUMENT_TOKEN_TO_BE_REPLACED

We’re glad to announce a new update for ManiaPlanet! Read more to see the full changelog.

END_OF_DOCUMENT_TOKEN_TO_BE_REPLACED

As some of you may know, the biggest gaming event in the world is happening right now in Los Angeles, USA – E3!

To celebrate this event, we’re offering an exceptional promotion on some of the previously released ManiaPlanet TItles. TODAY ONLY: 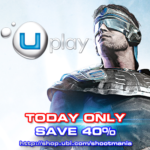 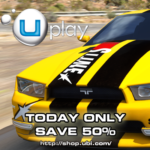 Don’t delay, because tomorrow it’ll be too late!

Have fun, and we hope to see you soon on ManiaPlanet!

There has been a lot of activity in the previous weeks, between the ManiaGala, the ShootMania Launch Tournament, and the ShootMania 4 All Release Party.

Today, we’re releasing a small summary of what happened during the ManiaGala event at Gamers Assembly. Gamers Assembly took place on March 30th to April 1st, at the Palais des Congrès of the Futuroscope in Poitiers, France. This year, a part of the Gamers Assembly was decked out in the ManiaPlanet colors.

END_OF_DOCUMENT_TOKEN_TO_BE_REPLACED

After a great ManiaGala & Gamers Assembly, remember that we have announced the winners of the video contest as well as the community modes selected for the Launch Event.

Let’s start with the video contest. The winners are:

All the three players won a $400 Amazon Gift Card! They’ll receive it in the coming days.

And now discover which gamemodes have been chosen by you, the community, to be used on the online ShootMania 4 All servers at the launch day, April 10th. The winners are Obstacle, a skilled Time Attack gamemode and Jailbreak, a dodgeball-like mode.

We hope that you’ll enjoy these modes plus Elite, Royal and Battle. If you are a server admin and that you want participate on the event, feel free to register your server and make sure to follow the rules.

Have a great time during the ShootMania 4 All and afterwards!

(this post has been written by Hylis, Director of Nadeo)

One year ago, I was explaining the concepts of titles, stations, map types, modes and objects. We still have things to do to support these functionalities,  however it is also time to start testing new major features for ManiaPlanet.

When you connect to a matchmaking server, you will be added to a list of players who are also looking to play the same mode at that time. As soon as two individuals or teams are ready, the match launches and you are transferred to a server for the match. The result of this match will be used to determine your points required to advance higher in the rankings. Some key things will be taken into account, like the level of the players you played against and scores. We also may introduce points loss in matches with higher stakes to enable good players to progress even faster. Combined with the weekly loss of points in the higher ranks, we should keep the best players at the top. The system may also evolve by taking into account the number of matches played, if it seems necessary.

In 2006, we introduced team rankings in Trackmania. Soon we will be bringing them back, with principles based on simplicity and the ability to see rankings per countries and regions. By linking with the team creation system, these teams will lso be able to see their information directly inside the game, such as their logo right into matches. The team ranking system shall give an approximation of their level, enabling easier registration in regional or intermediary level ompetitions.

We will have a way to make the competitions available ingame, for the players, and for those who organize them. The players or teams looking to be part of official competitions will be capable of finding a direct link to the organizing sites, and to the people that are so crucial to the video games competitions environment ecosystem.

With an architecture enabling players to create custom titles, based on custom modes, with their own rankings, matchmaking tools, teams and competitions, the goal is to open the creativity of the players even more by bringing new ingredients for designing their own experiences and vision of fun.

Map makers will be able to add items easily from the map editor. They can be different types, such as sets, generators, pick ups, turrets, teleporter or even bots! The idea is to enable and add interactive elements to solo or multiplayer experiences. Pathfinding will be included, while script functions will allow you to define bot targets. Items are a new file type, that will be linked with a later version of the editor, enabling players to define their editing and interactive properties.

Actions are sequences and consequences that players and items can do. For example, it can be to trigger a specific animation at a given spot in the map, or to make a sfx, or to launch projectiles with modified properties. The tool that will link to this file type will enable players to make animations, play sounds, define particle effects and script the consequences of the actions.

On a more global example, we have made a little FPS MOBA internally, with selection of champions, with each ones having different spells. Each champion can level up, and little creatures assist you while attacking the opposite team. Once  things are done, we will release the code samples, like the one of the upcoming Shootmania Storm title: Combo, based on 2vs2, items to pick up and switchable weapons on the 1-2-3-4 keys.

It will takes months for us to implement all of these functions, and we may have to put some other question on hold during this time. We think it is very important to open Maniaplanet soon, to bring more and more creative players inside the  system. We have worked 10 years on Trackmania about map editor, replay tool, skin import, regional ranking, dedicated server, script, titles, object import. Now, we think that we are reaching a new step in the opening to players. It may take time before the best things appears, but it is a goal to make the launch of Shootmania Storm, Trackmania² Stadium and Valley the start of something great for ManiaPlanet. The goal is to bring the power from our team to the players, with our support and yours.

Thanks to all players from before, now and in the future that participate in this fun adventure with a positive spirit.

It’s time today to talk about what will come until end of March: whatsoever of LANS, online competitions for ShootMania or TrackMania, everyone will find his account.