From Paris to Poitiers!

After the presence of Trackmania & Shootmania at the Electronic Sports World Cup occuring at the Parc des Expositions of Paris, Nadeo announce several tournaments at the Gamers Assembly of Poitiers in April 2015 and several online tournaments by then on the famed competition plateform of the ESL.

The Gamers Assembly is at the heart of the esport in France, and is a privileged place for the Trackmania & Shootmania community to meet. Only racing game and FPS with the most number of teams, the 2014 edition has been the occasion to meet a lot of players around very high quality tournaments in a very good ambiance. With seven tournaments planned this year, Nadeo hope that the players will find a competitive and human experience stronger than before.

That’s why Nadeo launch the operation “Road to Gamers Assembly“

Online tournaments on ESL before the Gamers Assembly

LAN tournaments at the Gamers Assembly

To get the demos, the players can go directly on the websites www.trackmania.com and www.shootmania.com

To get the free multiplayer access on Steam, simply install the demos on these address:

May the best gamers win!

Feel free to discut about it on the forums!

Someone at Ubisoft said that something is defined by its top priority, because when you make a decision, you do it with this priority in mind and must be ready to make some sacrifice for others things. I believe that our priority at Nadeo is about the amateur, for creation, sharing or competitions, and that our motivation comes from that we believe into them to be great at it.

And to reach the amateurs, we are soon going to release the universal demo. For them, it will mean to be able to release their own demo, for their own title, and this is why I believe that it is Nadeo most significant release ever.

It all starts when a player is positive about a game and invite someone else to play it. And our role is to empower them to make it as easy, comfortable and interesting as possible to invite them, thanks to 3 pillars: the accessibility, the diversity and quality.

With Maniaplanet 3, we had to make the distribution platform with some known features, like the Store, but with less known like the Content Delivery Network that save the bandwidth and improve the players quality experience when they want to get an amateur title, or to update the inside files to help manage new versions by creators and decrease download size for players.

Now, with the demo, players will be able to play for free, on any title, on the first 48h after the registration on Maniaplanet. After, it will be unlimited for titles with less than 100 concurrent players or one hour per day for the others. The access includes all multiplayer servers, all solo white maps of campaigns and all editors.

In addition, players will even have access directly to the titles you would like them to discover thanks to the universal setup to give a single download link for a setup that will suggest to create two shortcuts on the desktop: One will be for the Title you wish that will automatically install itself; The other is for Maniaplanet, where the 6 primary stations (Stadium, Canyon, Valley, Storm, Elite and Siege) and 3 empty stations for custom titles will welcome any new player.

And thanks to all this, we are finally reaching, after years of work, the goal to enable to have on Maniaplanet, the «do it yourself Nations»

With Maniaplanet 3, we made mixmapping, advanced items support, atmospheric settings or simply more blocks in Storm to enhance the mapping diversity.

With the demo, diversity is taking the biggest step in the last decade, since items will directly be usable in any title, as long as they respect some constraints, such as using the title materials or size limit. And with this, we expect even more items for title pack creators to have even more choices of items to add to their packs. And when a custom pack will add more textures, more items can pop up using them directly, since we are working to enable the mods of the custom items.

In addition, as with the mediatracker, it will be possible to edit directly the items parameters and so the actions inside of it.

Quality depends of many things like the maps, modes, titles, settings, network conditions, moderation, anticheat, services, interfaces, gameplay etc. But all of these depends mainly on 3 things: the system, the server and the game.

The game operating system has deeply improved with Maniaplanet 3. You can now reach the station menu directly from the home button in the system bar, you can browse servers from the overlay of stations or the buddy system keep your messages received when offline etc. These are works that required a lot of our time. For the demo, it was easier to go toward a more welcoming interface like a simple welcome frame and a more homogeneous interface style

The server is key since it is about a host that look to select quality, and part of the challenge of Maniaplanet 3 was to make the hosting of matchmaking simpler. It was a key step also to enable future expansion of Maniaplanet around the world, where others players can host in their country, in their own language, with their own choice of maps, with their own rules, server manager etc. And until then, for the demo, we will have a specific attention to host first servers where there is a need of an entry level of quality to welcome the players.

For the quality of the games, I expect both Trackmania & Shootmania to make gap thanks to the demo. For Trackmania, it shall greatly benefit from the accessibility to the Trackmania 2 title in demo, as well as track diversities thanks to the embedded custom items in maps, as well as the various great titles made by the community. And for Shootmania, which is still younger, a next big step will be to carry out an operation named “Power Up!” in memory of the first major update for Trackmania made for it’s international release.

This operation will start this week, with some key components such as gameplay update, competitions abilities to provide ladder points and works on major modes. After, it will be based on regular updates and adjustments up to next year. The goal is to have an indisputable FPS champion to welcome the noobs, gamers and competitors from around the world.

It’s still too early to talk. I can only say that the Nadeo team is bigger and stronger than ever to bring you these next steps and that being at Ubisoft helps us a lot to reach our vision. It is a great company, and thanks to it, the whole project is more ambitious than ever to go forward and toward progression of the games, us, you and all the others we expect to welcome one day into Maniaplanet.

Some of the current more popular games in the world originally comes from amateurs passion for innovation. These are are the ones that we all wish to see contribute since “amateur” comes from « love » and to love is just cool: end of story! 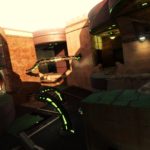 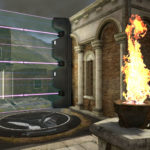 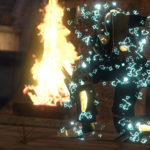 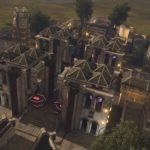 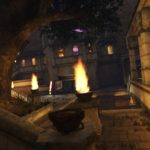 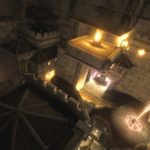 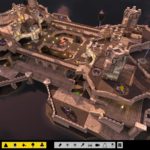 This weekend (from 19 to 21 April 2014), the Gamers Assembly 2014 will be taking place for three days of competition and fun, featuring ShootMania and TrackMania.

ShootMania Storm was launched a year ago and it is a great privilege to meet you all to celebrate this first anniversary. Florent “Hylis” Castelnérac, Nadeo Managing Director and the ManiaPlanet Community Manager “Alinoa” will both be present.

A big thank to Alienware and Sandisk for their support and prizes they grant the winners!

At the opening ceremony of the Gamers Assembly, Florent ‘Hylis’ Castelnérac will take a few minutes to give you an overview of developments at Nadeo for ManiaPlanet!

See you there at Poitiers or line!

In order to take part in this Nightcup, you have to install the Trackmania 2 RPG Title Pack! Type in the Maniaplanet browser: TrackManiaRPG and click on “download”.

The first edition of the Nascar championship is starting on Sunday 16th February at 30:30 CET. Registration is over but you can follow matches on ESL.

Hylis, the Nadeo CEO, has given information about the Maniaplanet Update # 3 on the maniaplanet forums.

The schedule would be the following one:

The goal is really to empower the players and to open the access to Maniaplanet to increase the number of players.

You can read the full message of Hylis on the maniaplanet forums and share your feedbacks on the forums.

This Friday, 31 January, at 8PM CET / 2PM EST the fifth ESL TrackMania RPG Cup will be taking place. The race will be on the TrackMania RPG track Wounder by Basbaas and can be downloaded HERE.

Signups are still available on the ESL site, so head over there and compete in one of the most creative community built titlepacks.

It will also be live streamed in English on Team Acer’s frostBeule’s Twitch.TV Channel, so you can still watch it even if you’re not in game.

For more information on the community created TrackMania RPG titlepack and how to download it, check out this awesome write-up on Mania-Actu.

The votes have been counted, and we have our winners of the 10th Anniversary Contest! Voted by YOU the players and a select committee, we have had three rounds of voting and some AMAZING creations from this amazing community.

We want to personally thank everyone who submitted, voted, and raced on the winning tracks.

You can download these skins by going entering in “ManiaPlanet-store” in the manialink address bar ingame.

The Player’s Vote went to tombuilder for the skin “SC_DirtyMP”

Thank you for a wonderful 10 years!

Today we continue our Community Spotlight with MrA from ManiaExchange!

We have been highlighting some of the most dedicated community websites and members all month long. These members and communities are the backbone of the ManiaPlanet family, and we are forever grateful for them and all of you out there.

END_OF_DOCUMENT_TOKEN_TO_BE_REPLACED

As part of our continued Community Spotlight, we have today SadHik from ManiaPark!

For those of you who do not know, we have been highlighting some of the most dedicated community websites and members, all of which have been helping to promote ManiaPlanet and our players for years.

We started off our Community Spotlight series by interviewing ManiaActu for our first event, and we will be having more all month. Stay Tuned!