Summer is over, but we have you sorted with more hot e-sports events in Europe and North America, including a change to win a spot under the warm sun of Las Vegas! Under the spotlight today, two major competitions coming on ShootMania and TrackMania:

Let’s begin with the Electronic Sports World Cup, which will this year take place from the 2nd to the 4th of November during the Paris Games Week show in France, with TrackMania Nations Forever and ShootMania Storm as official disciplines. TrackMania² Canyon will also be featured with a competition at the event, so the whole ManiaPlanet family is united under the eSports banner! 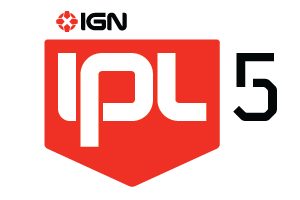 IGN just announced that the next edition of their IGN Pro League (IPL) event will feature ShootMania as its first shooter! The competition will take place between November 29th and December 2nd at the Cosmopolitan hotel in Las Vegas, featuring a total prizepool of 100.000$, and here are the links for registration the qualification phases:

You can find more information on the IPL website over here.

Enjoy the competition and the show, and don’t forget that there are many other tournaments organized every week, either online or offline at events throughout the world andthe can follow the news on the many community websites as ShootMania eSports, Mania-Actu and many more.